How is the COVID19 Pandemic Affecting Europeans' Lives?

The coronavirus COVID-19 pandemic is an unprecedented health crisis. Here, I present a new report I coauthored with colleagues from the “COVIDiSTRESS global survey”, an open science collaborative network. The report focuses on Europe.

Nearly a third of the global population is undergoing some form of curfew, isolation, or are being placed under restrictive measures (Kaplan, Frias & McFall-Johnsen, 2020). Therefore, it is not surprising that the spread of COVID-19 could soon turn into a serious psychological, social and political emergency.

The report below describes a series of selected variables in the survey. It focuses on the 75,570 respondents from the 27 countries composing the European Union (EU) who answered the survey between March 30th and April 20th. Download the report here 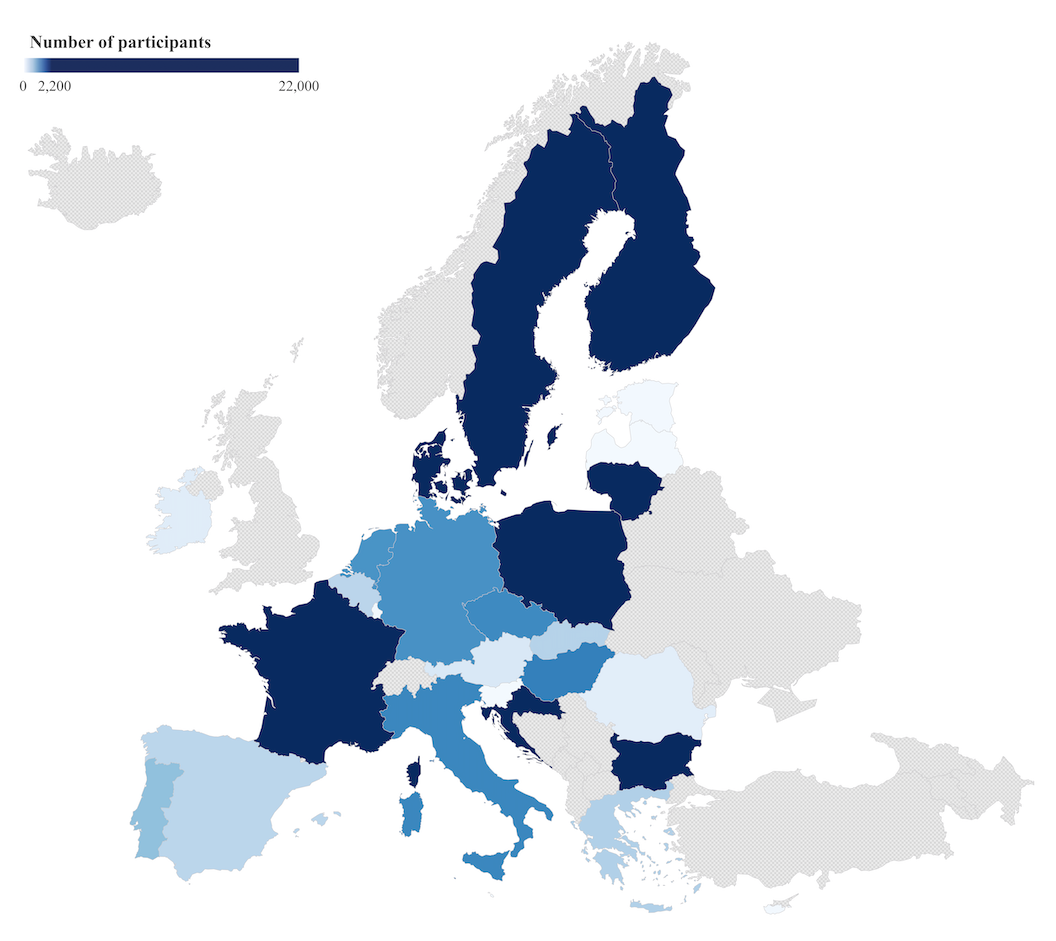 At the time of writing (April 20th, 2020), data collection is still ongoing. The sample is an organic convenience sample. Results are not descriptive of entire countries, but they provide important insights into the ongoing situation, across different countries in Europe.

Characteristics of the respondents

Respondents were 74.18% female, 24.63% male. The remaining respondents answered ‘other’ or did not provide an answer. 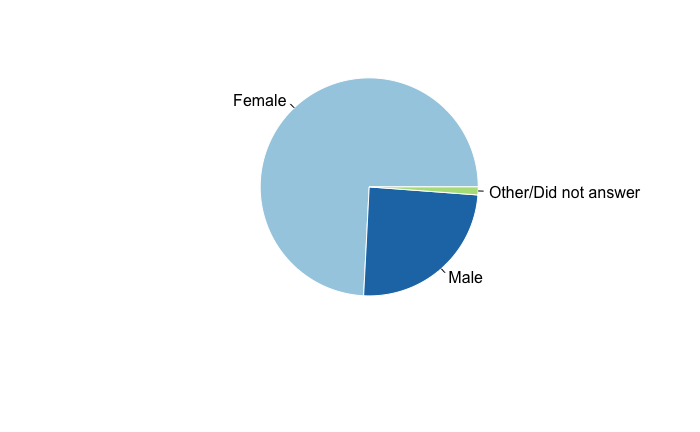 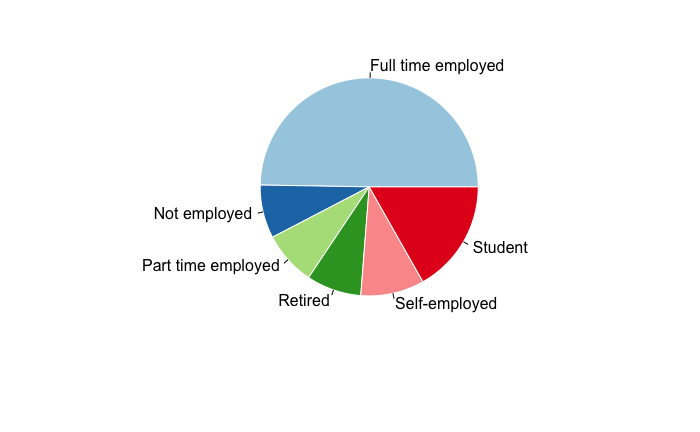 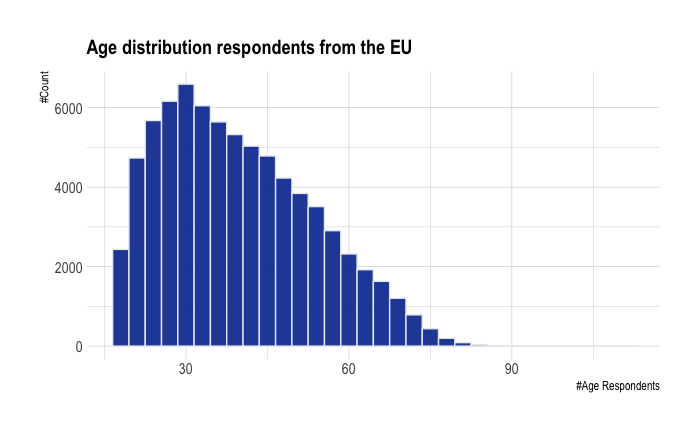 Stress in Europe during the COVID19 Pandemic

The COVID-19 pandemic has sparked many changes in individuals’ lives. For instance, individuals have endured increased restrictions on personal freedom, limitations on their work routine and ability to work, changes in personal habits, and isolation from friends and loved ones. 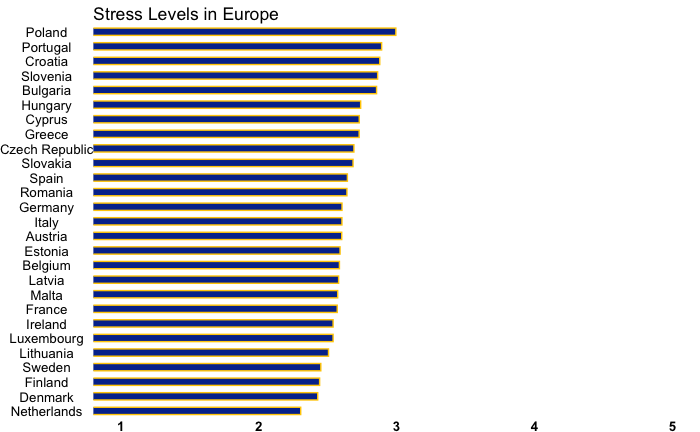 Individuals’ general stress levels were measured using an established ten-item scale developed by psychologists Cohen, Karmak, and Mermelstrein (1983). This scale measures participants’ stress during the last week by using indicators of stress responses, for instance, perceived lack of control over events, pressure from mounting difficulties and feeling upset about unexpected changes. Scores are considered moderate above 2.4, and high above 3.7.

Levels of stress were moderate or lower in many countries. Poland and Portugal reported the highest levels of stress in Europe, and Denmark and the Netherlands the lowest. 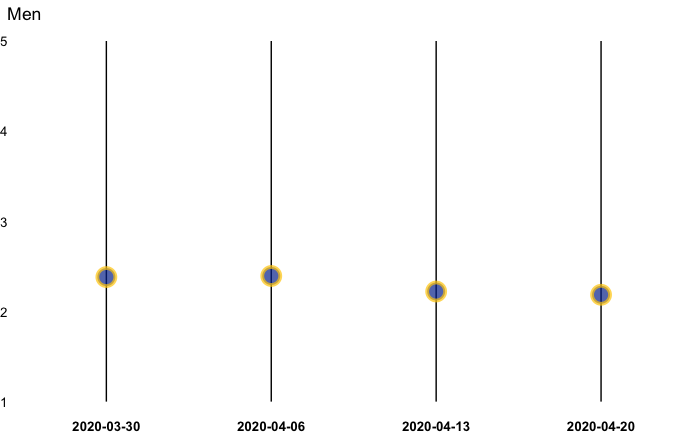 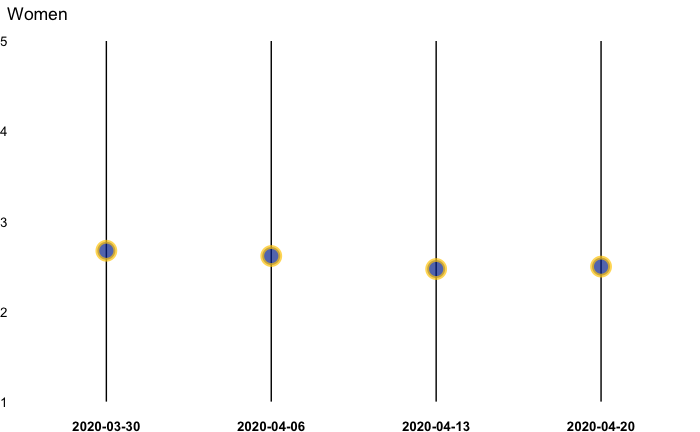 Sources of Distress among Europeans during the COVID19 Pandemic 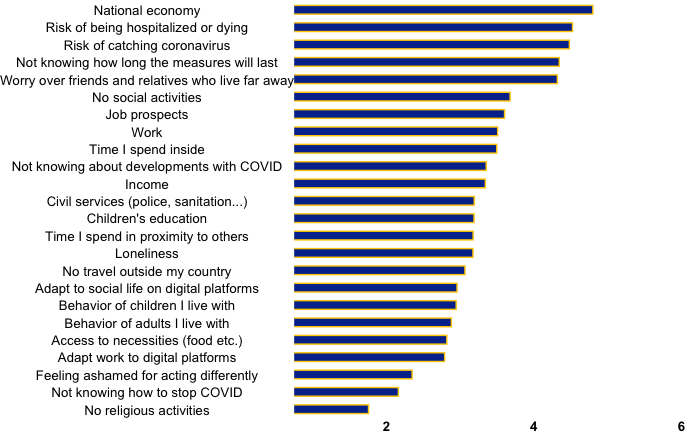 Results indicated that people were on average concerned with the state of the national economy. Economic considerations were followed closely by health-related risks, such as the risks of being hospitalised and of contracting the new disease.

Participants were asked how much they trusted six key institutions, in relation to the COVID-19 emergency (on a scale from 1 = not at all to 10 = completely). Specifically, participants were asked about their trust towards the health care systems, the World Health Organization (WHO), the national governments’ efforts to tackle the COVID19, the Police, the civil service and the national government. 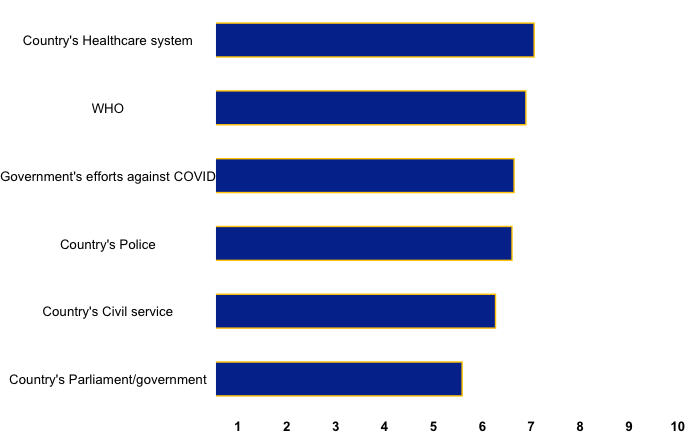 Overall, Europeans reported only medium levels of trust, with the highest levels of trust for their countries’ healthcare system and the WHO. Trust towards the national government was relatively lower, compared to the other institutions examined.

There were marked differences across countries in how much the national government was trusted. Finland and Denmark were the countries with the highest truest towards their governments. Conversely, people in Bulgaria and Poland expressed much lower trust in their governments. The dashed line in the graph indicates the mid-point of the trust scale, showing which countries trusted their governments more than 5 on a scale 1 to 10. 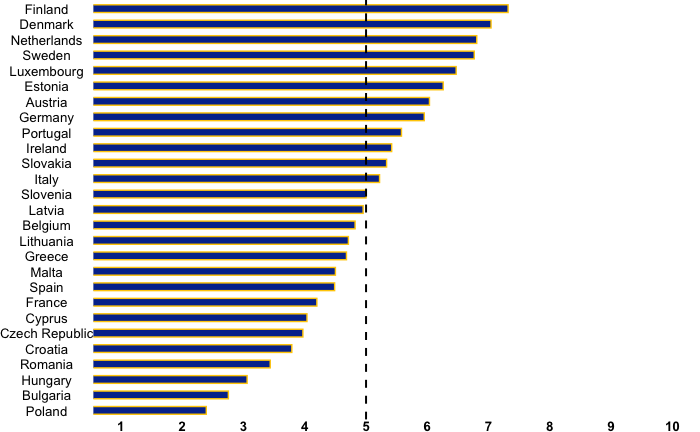 Similar patterns were found with regard to a measure of citizens’ trust towards their national governments’ handling of the COVID-19, with pronounced differences among countries in Europe. 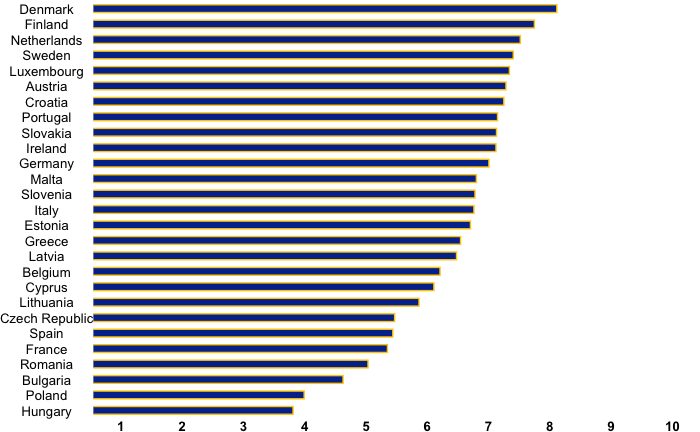 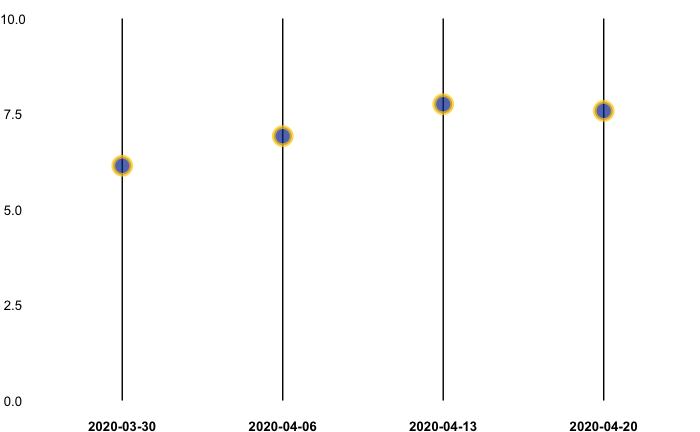 In addition, we also asked participants to judge the appropriateness of the countries’ measures in response to the COVID-19 on a scale from 0 (too little), to 5 (appropriate, the black dashed line in the graph), to 10 (too much). Slovenia and Slovakia were those countries where citizens considered the measures stronger than necessary. Among the countries judging their governments’ response as less than appropriate, there were Hungary and France. 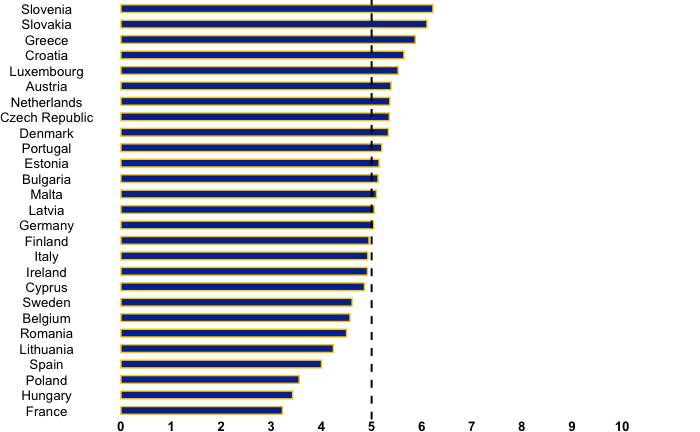 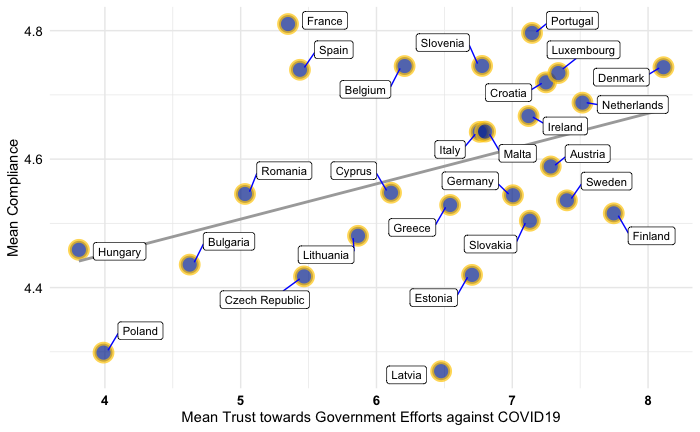 The World Health Organization is trusted

Also of particular importance is trust towards the WHO, an international institution coordinating national governments’ responses to the pandemic. 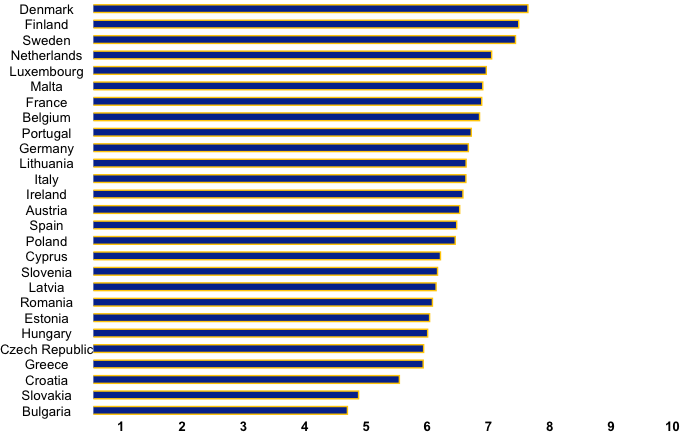 Trust towards the WHO was especially high in countries in Northern Europe, such as Denmark, Finland, Sweden, and the Netherlands. Countries in Eastern Europe and Greece reported lower trust in the WHO. Croatia’s, Slovakia’s and Bulgaria’s scores were the lowest. 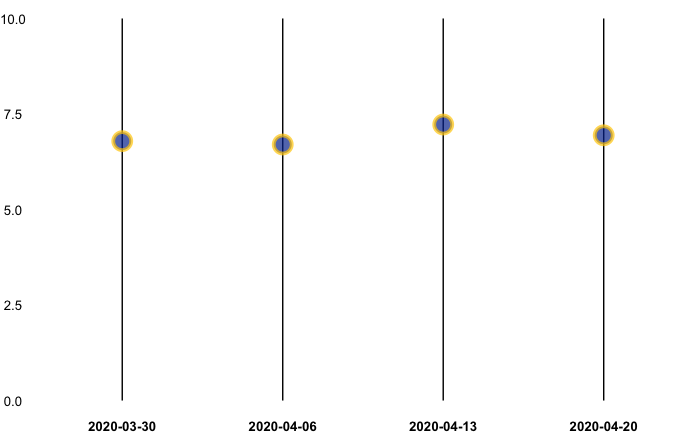 Open science and open access The COVIDiSTRESS global survey is an open science collaboration, created by researchers in over 40 countries to rapidly and organically collect data on human experiences of the Coronavirus epidemic 2020.

This executive summary focuses on stress levels, sources of stress and trust in institutions across the EU. Data collection is ongoing (see collection protocol at OSF.org), and further analyses will be released as we receive new data.

As an open science project, anyone with an interest can access the raw data, cleaned versions of the dataset ready for analysis, and lists of all the variables in the survey, which also include factors such as loneliness, media use, personality, social provisions and perceived sources of psychological relief.

Updated as well as historical data can be accessed at www.CIVIDiSTRESSglobalsurvey.com / https://osf.io/z39us/ 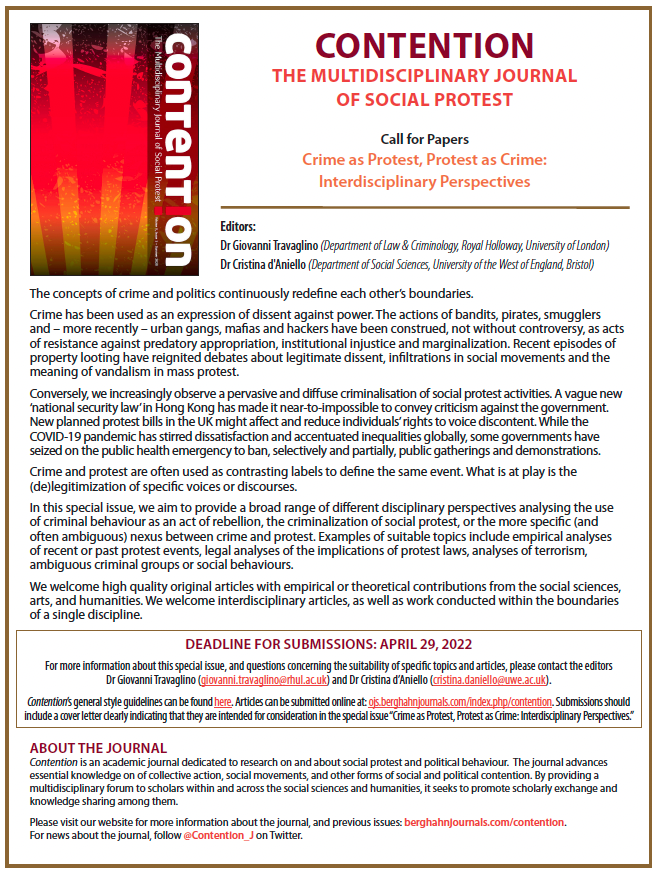